We at CBD TRAVEL offer fully customised itineraries for your Holiday Travel Plan. All your Holiday inclusions are well organised with our travel tour company in australia.

Be it FLIGHTS / HOTELS / TRANSFERS / SIGHTSEEINGS / CAR HIRE / MEALS. You ask for your travel requirements and we will have it arranged.

What are you dreaming of….

Australia is a country and continent surrounded by the Indian and Pacific oceans. Its major cities – Sydney, Brisbane, Melbourne, Perth, Adelaide – are coastal. Its capital, Canberra, is inland. The country is known for its Sydney Opera House, the Great Barrier Reef, a vast interior desert wilderness called the Outback, and unique animal species like kangaroos and duck-billed platypuses.

Melbourne is the coastal capital of the southeastern Australian state of Victoria. At the city’s centre is the modern Federation Square development, with plazas, bars, and restaurants by the Yarra River. In the Southbank area, the Melbourne Arts Precinct is the site of Arts Centre Melbourne – a performing arts complex – and the National Gallery of Victoria, with Australian and indigenous art.

Places to See in Melbourne

Sydney, capital of New South Wales and one of Australia’s largest cities, is best known for its harbourfront Sydney Opera House, with a distinctive sail-like design. Massive Darling Harbour and the smaller Circular Quay port are hubs of waterside life, with the arched Harbour Bridge and esteemed Royal Botanic Garden nearby.

Places to See in Sydney

Adelaide is South Australia’s cosmopolitan coastal capital. Its ring of parkland on the River Torrens is home to renowned museums such as the Art Gallery of South Australia, displaying expansive collections including noted Indigenous art, and the South Australian Museum, devoted to natural history. The city’s Adelaide Festival is an annual international arts gathering with spin-offs including fringe and film events

Places to See in Adelaide

Perth, capital of Western Australia, sits where the Swan River meets the southwest coast. Sandy beaches line its suburbs, and the huge, riverside Kings Park and Botanic Garden on Mount Eliza offer sweeping views of the city. The Perth Cultural Centre houses the state ballet and opera companies, and occupies its own central precinct, including a theatre, library and the Art Gallery of Western Australia.

Places to See in Perth

Brisbane, capital of Queensland, is a large city on the Brisbane River. Clustered in its South Bank cultural precinct are the Queensland Museum and Sciencentre, with noted interactive exhibitions. Another South Bank cultural institution is Queensland Gallery of Modern Art, among Australia’s major contemporary art museums. Looming over the city is Mt. Coot-tha, site of Brisbane Botanic Gardens.

Places to See in Brisbane

Places to See in Gold Coast

New Zealand is a country in the southwestern Pacific Ocean consisting of 2 main islands, both marked by volcanoes and glaciation. Capital Wellington, on the North Island, is home to Te Papa Tongarewa, the expansive national museum. Wellington’s dramatic Mt. Victoria, along with the South Island’s Fiordland and Southern Lakes, stood in for mythical Middle Earth in Peter Jackson’s “Lord of the Rings” films.

Auckland, based around 2 large harbours, is a major city in the north of New Zealand’s North Island. In the centre, the iconic Sky Tower has views of Viaduct Harbour, which is full of superyachts and lined with bars and cafes. Auckland Domain, the city’s oldest park, is based around an extinct volcano and home to the formal Wintergardens. Near Downtown, Mission Bay Beach has a seaside promenade.

Places to See in Auckland

Christchurch, known for its English heritage, is located on the east coast of New Zealand’s South Island. Flat-bottomed punts glide on the Avon River, which meanders through the city centre. On its banks are cycling paths, the green expanse of Hagley Park and Christchurch Botanic Gardens. In 2010 and 2011, earthquakes destroyed many of the historic centre’s stone-built buildings.

Places to See in Christchurch

Queenstown, New Zealand, sits on the shores of the South Island’s Lake Wakatipu, set against the dramatic Southern Alps. Renowned for adventure sports, it’s also a base for exploring the region’s vineyards and historic mining towns. There’s bungee jumping off Kawarau Gorge Suspension Bridge and jet-boating on the Shotover and Dart rivers. In winter, there’s skiing on the slopes of The Remarkables and Coronet Peak.

Places to See in Queenstown

Bali is an Indonesian island known for its forested volcanic mountains, iconic rice paddies, beaches and coral reefs. The island is home to religious sites such as cliffside Uluwatu Temple. To the south, the beachside city of Kuta has lively bars, while Seminyak, Sanur and Nusa Dua are popular resort towns. The island is also known for its yoga and meditation retreats.

Places To See In Bali

Fiji, a country in the South Pacific, is an archipelago of more than 300 islands. It’s famed for rugged landscapes, palm-lined beaches and coral reefs with clear lagoons. Its major islands, Viti Levu and Vanua Levu, contain most of the population. Viti Levu is home to the capital, Suva, a port city with British colonial architecture. The Fiji Museum, in the Victorian-era Thurston Gardens, has ethnographic exhibits.

Places to See in Fiji

Singapore, an island city-state off southern Malaysia, is a global financial center with a tropical climate and multicultural population. Its colonial core centers on the Padang, a cricket field since the 1830s and now flanked by grand buildings such as City Hall, with its 18 Corinthian columns. In Singapore’s circa-1820 Chinatown stands the red-and-gold Buddha Tooth Relic Temple, said to house one of Buddha’s teeth.

Places To See In Singapore

Malaysia is a Southeast Asian country occupying parts of the Malay Peninsula and the island of Borneo. It’s known for its beaches, rainforests and mix of Malay, Chinese, Indian and European cultural influences. The capital, Kuala Lumpur, is home to colonial buildings, busy shopping districts such as Bukit Bintang and skyscrapers such as the iconic, 451m-tall Petronas Twin Towers.

Places To See In Malaysia

Places To See In Thailand

Dubai is a city and emirate in the United Arab Emirates known for luxury shopping, ultramodern architecture and a lively nightlife scene. Burj Khalifa, an 830m-tall tower, dominates the skyscraper-filled skyline. At its foot lies Dubai Fountain, with jets and lights choreographed to music. On artificial islands just offshore is Atlantis, The Palm, a resort with water and marine-animal parks.

Places To See In Dubai

Abu Dhabi, the capital of the United Arab Emirates, sits off the mainland on an island in the Persian (Arabian) Gulf. Its focus on oil exports and commerce is reflected by the skyline’s modern towers and shopping megacenters such as Abu Dhabi and Marina malls. Beneath white-marble domes, the vast Sheikh Zayed Grand Mosque features an immense Persian carpet, crystal chandeliers and capacity for 41,000 worshipers.

Places To See In Abu Dhabi 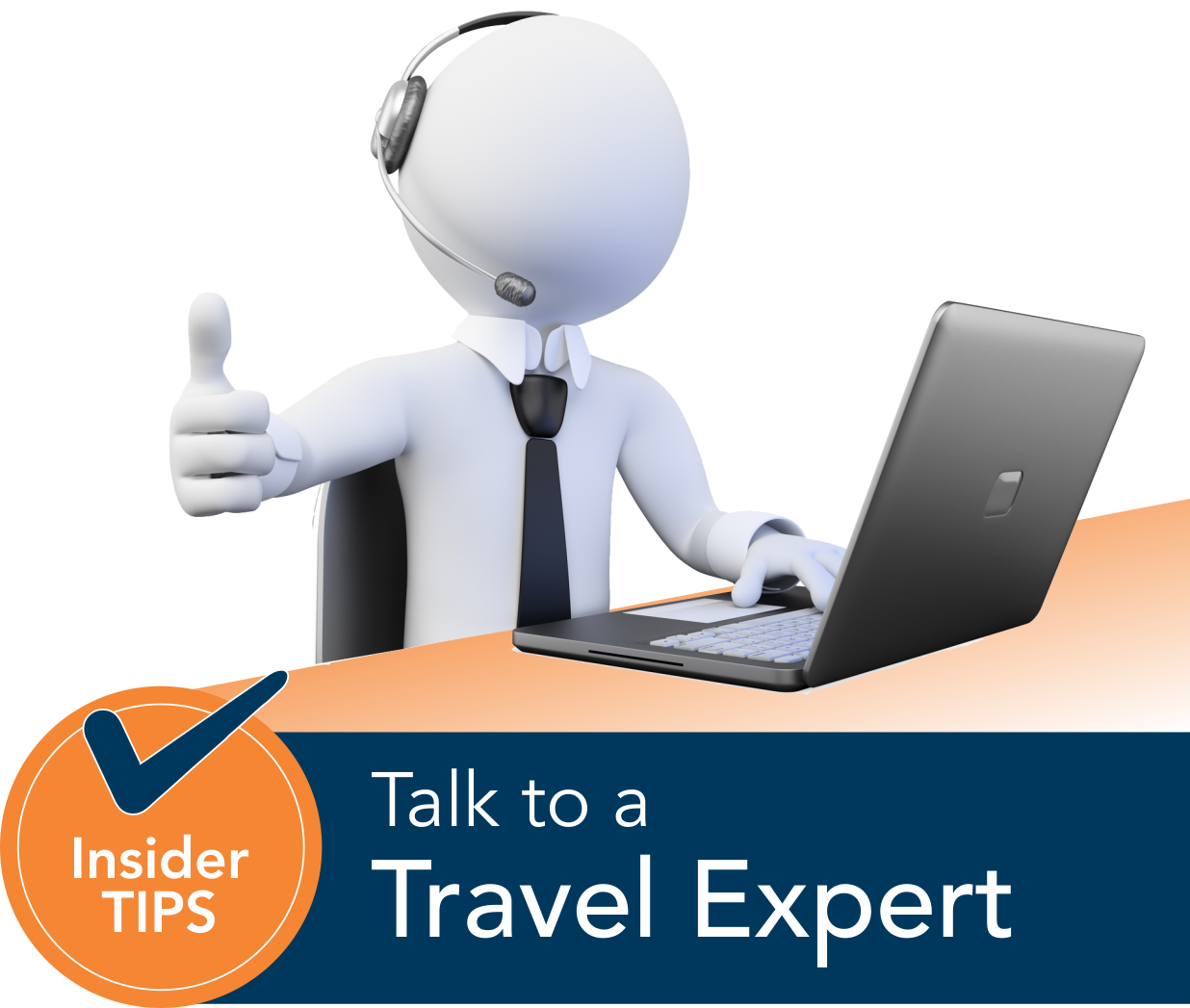